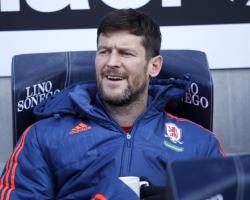 The 31-year-old former Leicester and Portsmouth forward helped Boro to promotion from the second tier last season but has made just five appearances for Aitor Karanka's side this term, the last coming in September.

Rams boss McClaren, who handed Nugent his only England cap, told the club's official website: " He is a proven goalscorer at Championship level and he also has a great deal of experience as well to bring to the table

"David has a track record of scoring important goals as well and we're pleased to add him to the attacking talent that we already have."

Derby lie two points off the play-off positions, having seen a 10-match unbeaten run come to an end at Norwich on January 2.

They responded on Saturday with an FA Cup upset at West Brom and return to league action against fellow promotion hopefuls Leeds on Friday, when Nugent could make his debut.