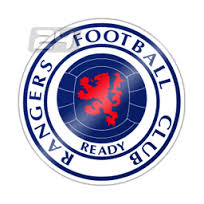 Derby County showed a fair bit of flair in beating Rangers 2-0 this afternoon at the Ipro Stadium.

Two goals from Scottish International striker Chris Martin secured a comfortable win for the home side, as 17,000 supporters looked on. The game was all but a home tie for Rangers as their fanominal following brought at least 12,000 of the total attendance today.

Rangers were reduced to ten men with ten minutes left on the clock when an angry reaction and kick out by Bilel Mohsni on Chris Martin resulted in a straight red card.

Pubs and restaurants nearby were filled to the rafter pre-match and a fair few pints of heavy were consumed, but a friendly atmosphere was evident.