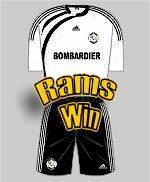 Stephen Bywater [7] – GK – With central defenders Shaun Barker and Jake Buxton in outstanding form, Bywater didn’t have a great deal to do. Made a good low save to deny Billy Sharp in the first-half.  Shortly after the break, Bywater made a superb save at full stretch to keep out Mark Wilson’s long range effort. He then had to make another save from Sharp. Nearly gifted away an equaliser when his poor clearance went straight to Lewis Guy, but Guy’s shot was weak and Bywater was able to scramble back and collect the ball.

Nicky Hunt [7] – RB – A very solid game defensively as Hunt demonstrated his composure and experience. Read the game well and showed good positional sense to head a Sharp cross over the bar and later to run inside and produce a fine interception inside the penalty area that cut out a clear Doncaster shooting opportunity. Did get caught out once when he unsuccessfully attempted to shield the ball out for a goal kick, allowing Doncaster Rovers to whip in a hard low cross. Looks very comfortable going forward and makes some great forward runs. Produced the best cross of the game in the second half, whipping in a lovely hard cross that Davies headed over the bar.

Shaun Barker [9] – CB(R) – Is really starting to show now the qualities that made him Nigel Clough’s top target in the summer. Not only does he take responsibility at the heart of the defence, looking to win anything that is there to be won, he shows real leadership qualities in organising the defence and talking to his colleagues. Spent most of the first-half changing shirts after a clash of heads with Jason Shackell resulted in a deep cut that required stitches during the break. Also made a nuisance of himself inside Doncaster’s penalty area and had two towering headers which, unfortunately, he couldn’t get on target. 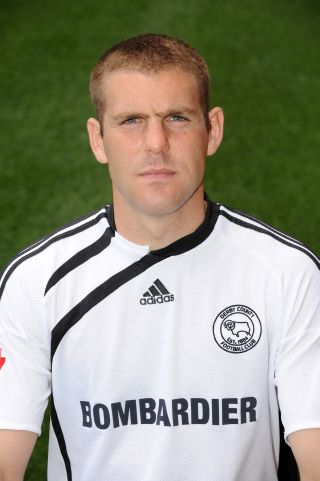 Jake Buxton [8] – CB(L) – Voted Man of the Match by Rams fans (although I thought Barker just shaded it), Buxton looks a much better and more confident defender when playing alongside Barker. Misjudged one header that almost led to a goal scoring opportunity for Doncaster Rovers but, apart from that, he never put a foot or head wrong all afternoon. Made a fantastic last ditch tackle to deny James Coppinger when the Rovers man was clean through and looked certain to score.

Dean Moxey [6] – LB – After struggling all week with a bug, Moxey did well to last 78 minutes, with no obvious signs that he was struggling until the last few minutes. Defended solidly enough, but didn’t really offer enough coming forward where a combination of inaccurate passing and poor crossing meant his attacking play was less than effective.

Paul Green [5] – RM – I’m starting to feel sorry for Green now. He’s a very good central midfielder but he’s not a wide player and is wasted out there. His contribution in this game was minimal, where he struggled to get into the game at all and even his usual strengths of passing and tackling weren’t particularly evident.

Robbie Savage [7] – CM(R) – Savage answered his critics with his best game in a Rams shirt for a long time. Savage was everywhere, closing down, winning tackles, passing the ball. He made a couple of good blocks, including a brave one to deny Brian Stock by throwing himself in front of the midfielder as he pulled the trigger. Savage was at the heart of everything and really drove the Rams on with positive passes, and three or four surging forward runs. Was involved in the build-up to the goal, doing well in central midfield before setting Stephen Pearson off on the forward run that directly led to the goal. 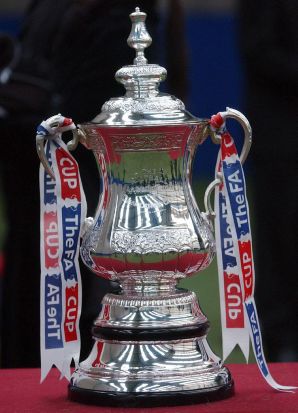 Stephen Pearson [7] – CM(L) – Like Savage, this was Pearson’s best game for some time. Pearson saw more of the ball than usual and kept himself busy, closing down, tackling, and winning the ball back. If only his passing had been better, he would’ve had a superb game. Pearson had an opportunity on the stroke of half-time, but was denied by goalkeeper Neil Sullivan who dived at his feet to get to Chris Porter’s flick-on first. Produced a great cross that caused panic in the Rovers defence. Pearson forced Sullivan into a fine save to deny his goal bound shot. Made a good run on 88 minutes and his shot from the edge of the penalty area was blocked, rebounding to super sub Jay McEveley to unleash a stunning shot to secure Derby County's place in the 5th round of the F.A. Cup.

Lee Johnson [6] – LM – Like Green, Johnson isn’t a natural wide player, but the central midfielder has a neat touch, quick feet, and an ability to run forward with the ball that at least allows him to get involved in the game and keep attacks moving. His distribution is good, and he showed a range of different passes, but was not as effective as a natural wide player would be. Took the corners and produced a better delivery than Derby County have been used to this season.

Steve Davies [6] – SC – Had a great chance early on, bursting into the box and looking to shoot, Davies needed too much time and Shackell slid in to clear the ball away.  Davies had another chance later on in the first-half but his shot from outside the penalty area was well wide. After the break, headed a fantastic Hunt cross over the bar. Wasted a great opportunity as the Rams broke with three-on-three by dragging a shot wide when a pass to better placed team mates might’ve produced a better shooting chance.

Chris Porter [5] – SC – Struggled all game against the very impressive James O’Connor and hardly won anything in the air. To be fair to Porter (and Davies), Derby County lacked width and pace and there was very little service other than a high ball hoofed forward. That said, Porter was out-muscled far too easily by O’Connor all game.

Kris Commons [5] – SC (for Davies, 65) – Came on to add something different to the Rams frontline but, starved of service, he was unable to get into the game. Had a shot which was blocked and scrambled away by Sam Hird.

Rob Hulse [5] – SC (for Porter, 75) – Found it difficult to get into the game due to the lack of service. One example typified the Rams play: Hulse received the ball in the centre circle, controlled it and turned, ran two or thee yards into Doncaster’s half of the pitch, looked up … and there was absolutely no-one in a white shirt for him to pass to. Didn’t connect properly with a cross into the penalty area and his header went well wide. Infuriated his manager in stoppage time when he needlessly gave away possession. 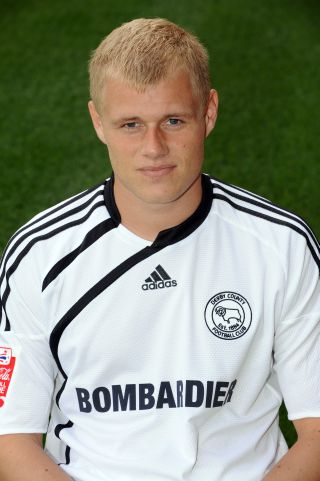 Jay McEveley [8] – LB (for Moxey, 78) – Playing without his Zorro face-mask, McEveley earnt himself the “Super Sub” tag as he won the game with a superb strike from just outside the penalty area, that thundered in off the inside of the post and, in late January, has to be the leading contender for Derby County’s goal of the season. It was a goal that deserved to settle an F.A. Cup-tie. But McEveley did more than just score the winner, he slotted into the back four seamlessly and won everything that came his way, whether in the air or on the ground. He got forward well and passed and crossed more effectively than Moxey had.