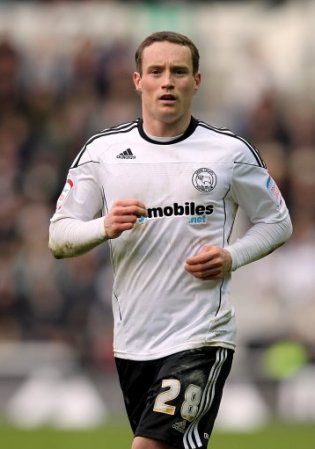 Derby County are pleased to announe that Ben Davies has signed a further one year extension to his current contract. Davies contract would have run out this summer but Nigel Clough sees the 31 year-old as an effective player in the second half of games.

Davies came on with good effect last season and Nigel Clough stated he was "pleased Ben is going to be sticking around for another year". adding, "he is an important player off the bench".

Ben accepts that he will not be starting many games next season but thinks he has a lot to give when coming off the bench. Davies has been with the club since January 2011, after signing from Notts County.