In a season that has been tight at the top for many months, this has to be a season defining game at the Goldsands Stadium on Tuesday evening.

Both teams are on 57 points after 29 games so far this season and just three goals the difference between them, it all bodes well for a cracking game but one full of tension. 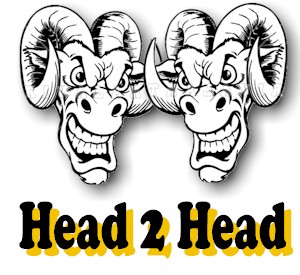 Middlesbrough will be looking to capitalise on any slip ups by either team as they sit just a point behind the leading pair.

Taking a look at the home and away tables the game becomes very interesting. Currently in the home form table Bournemough sit in 5th place winning 8 drawing 3 and losing 3 of their games. Where as Derby sit in top spot for home games. Take a look at the away league table and Bournemouth are in top spot with the Rams just behind in second. So if you are a stats person it would seem the Rams may take at last a point away from the Goldsands Stadium.

Head to head in games between the two sides things couldn't be closer. Games away at Bournemouth have produced a win for Bournemouth, a win for the Rams and a draw, both teams scoring twice in the games.