Rams looking at return of Evans 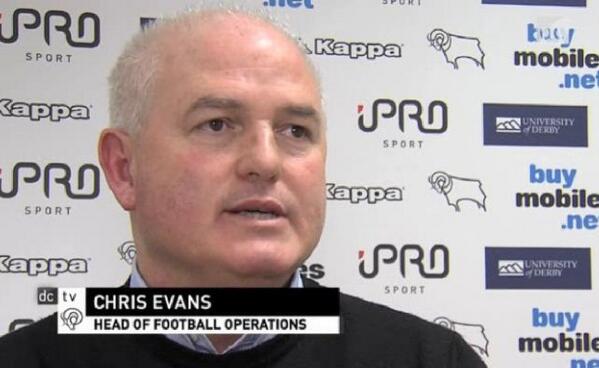 Rumours of a return to Derby County of former head of football operations, Chris Evans have been heard but Manager Steve McClaren says this is very much on the back burner at present.

Evans was part of the Rams comparative successful sides of the last three years. Taking up his duties in 2013 and handing in his resignation in September 2015, shortly after Paul Clement took on the role of Head Coach.