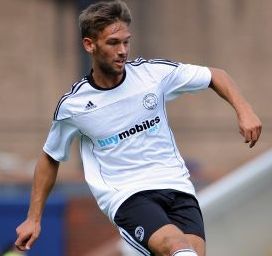 James Bailey (24) looks like he is to return to Crewe Alexandra, the team he left three years ago to join Derby County.

Crewe boss, Steve Davies is on the hunt for a midfield player and Bailey seems to fit the bill. His return would be seen as a real boost to Crewes promotion push for next season.

Bailey came to the Rams in a £1m deal which involved John Brayford. The pair originally were fixtures in the Rams first team squad but as Brayford progressed Bailey was left by the wayside and spent last season on loan to Coventry City...