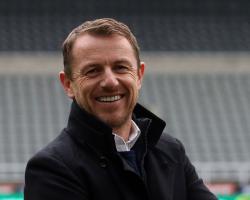 Former England boss McClaren saw his five-month second spell end on Sunday night as he was sacked by Derby for the second time in less than two years.

The 55-year-old returned to Derby last October, following his May 2015 dismissal, but a wretched run of results saw him axed.

Friday's 3-0 loss at automatic promotion-chasing Brighton was the final straw for chairman Mel Morris, who said "the heartbeat, commitment, focus and passion has been lacking something fundamental".

The Rams have won once in nine Sky Bet Championship matches since the turn of the year - against Barnsley on March 4 - and are 10 points adrift of a play-off place with nine games remaining.

Bookmakers made former Derby defender Gary Rowett, previously boss of Burton and Birmingham, an early favourite for the job.

Morris said: "Steve is a great coach, we have very talented players and first-class facilities but the heartbeat, commitment, focus and passion has been lacking something fundamental.

"The Brighton game on Friday night was so far from what we expect to see from those wearing a Derby County shirt."

The club statement pointed to the miserable run of form.

"Since the turn of the year we have experienced a significant, unexpected and persistent decline in results, team unity and morale," it said.

"Our form over the last 10 games would place us above the relegation group by goal difference alone.

"The club expects to make an announcement in relation to Steve's successor in the next few days."

Morris insisted Derby would prioritise "getting things right" in appointing the next boss.

Paul Clement, who is now at Swansea, and former Leicester boss Nigel Pearson had brief spells in charge between McClaren's appointments.